SEND A LITTLE LOVE TO LUCKY

SEND A LITTLE LOVE TO LUCKY 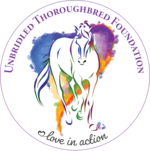 Lucky is a sassy independent treat loving ginger mare. She is also known as “The Snack Queen” – her favorite nibbles are Ricola! Lucky knows what she wants, and when and how she’d like it – and we do our best to hear her and to honor her proclivities.

When we discovered Lucky she was skinny, sick, and dispirited. Suffering in the slaughter pipeline had exhausted her will and taken its toll on her body.

After doing all that had been asked of her, at the age of 16 LUCKY was dropped off at the New Holland Auction. She was purchased for pennies on the pound by a horse meat broker.

On the broker’s lot, in poor condition and unsound with a huge calcified ankle, and no voice with which to be heard, she hadn't a prayer to get out safe. Thankfully, our loving community of supporters pooled the funds to be her lifeline.

When Lucky was born on March 4, 2002, she was celebrated and welcomed into this world at the 3,800-acre Adena Springs South owned by Frank Stronach in Williston, Florida.

Her sire LUCKY LIONEL was a sensation in Europe. He raced at Newmarket, Epsom, Ascot, and Goodwood in England, Maisons-Lafitte and Deauville in France, and Milan in Italy. In 1997, he returned to the USA to train with Bobby Frankel. Shortly thereafter he retired to stand at Stud.

The concussive stress of racing began to wear on Lucky’s joints. As unsoundness began to show in the osselet forming on her right front ankle and fetlock, she began to descend lower in the claiming ranks, and change hands. Despite the constant pain of arthritis, damaged cartilage, and bone spurs, Lucky continued to race.

In her final start at Charles Town on Feb. 23rd, 2007, the bettors made Lucky the favorite. The crowd knew her well as she had previously raced fifteen times around the oval in West Virginia. With a valiant effort, LUCKY placed third and she had nothing left to give.

LUCKY raced from age two until five. From 27 starts, she won 6 races, placed second 6 times, and third 4 times. She earned $117,500. No longer able to race, she was given away without any protection or provision for her care or special needs.

At some point in Lucky’s youth, a surgery was performed on her to tie-back the cartilage in her windpipe to keep it from interfering with the flow of air and increase airflow intake to optimize her oxygenation for racing. At the same time, her vocal cords were removed (ventriculocordectomy) to again increase airflow and reduce noise as she breathes. The surgery left LUCKY without a voice and a lot of scar tissue at the site of the ‘Tie-Back’.

At Unbridled, LUCKY is a beloved member of our Sanctuary. She is a friend to many horses and a favorite of humans. She is trustworthy as a pasture buddy for adoptees passing through – she is welcoming, She never bites, or kicks, intimidates. To children, she inspires reading and learning as she listens patiently to participants in Read To The Rescues. For special events, she lets us dress her up, and every day she offers a soft cheek to those who need a hug.

LUCKY is treasured at Unbridled. She is a wonderful example of the life and love and kindness that dwells in the heart of every #ChestnutMare.