ICWHATYOURLOOKINAT raced 72 times, earned over $42,000. As a 'second career' she became a "Polo Pony". After doing all that was asked of her with mallets and balls afoot she was chukked for slaughter. We redeemed her precious life on November 21, 2017. "IC" hit the lottery when our adoptive partner Claire Affleck welcomed her into her Stable on January 10, 2018. In June of 2018, Claire's student Erin O'Shea officially adopted IC. 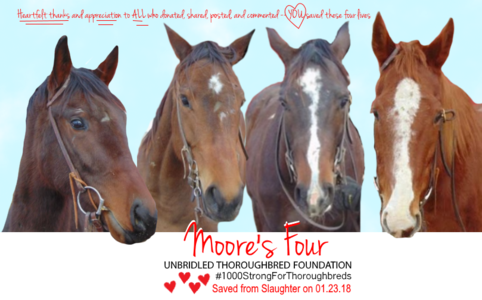 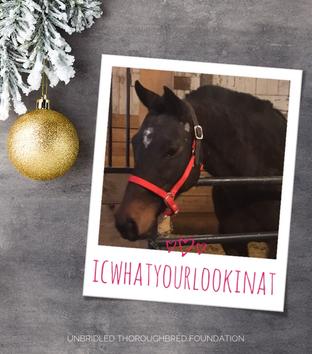 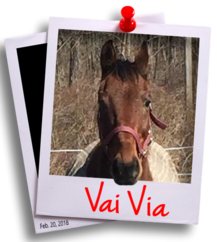 Senior Mares SECRET FOREST & PLEASANT PASTURES were shuffled through the New Holland Auction and acquired by contracted horsemeat dealer Rotz Livestock. Upon discovery in the Kill Pen, The Courtneys', a prominent racing family with a past connection to SECRET FOREST, stepped up and redeemed the lives of both mares. Forest & Pastures are BFFs and beloved members of the Unbridled Sanctuary Herd. 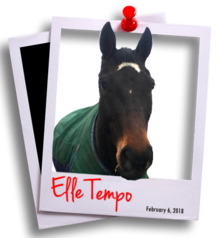 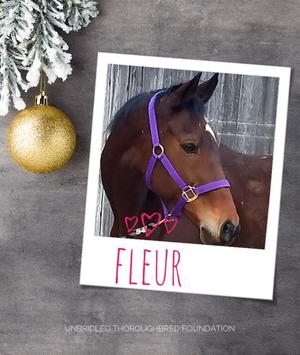 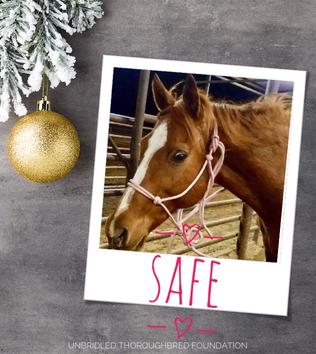 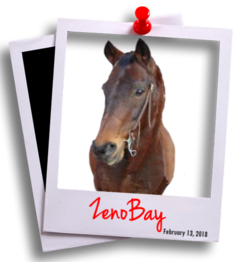 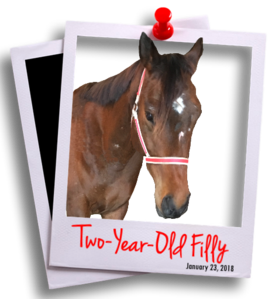 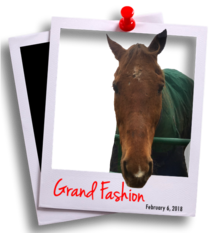 I'M LUCKY was dumped in the Kill Pen at age 16. She is a Stakes-Placed winner of over $117,000.  Online videos show  LUCKY under saddle as a Riding Horse. Her history post-racing is unclear.  In the Pen a little black colt clung to LUCKY'S side. We redeemed the two together. LOVED was quickly adopted. LUCKY is a beloved member of the Unbridled Sanctuary Herd. 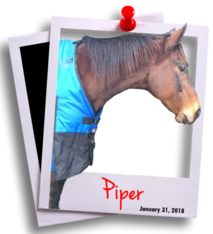 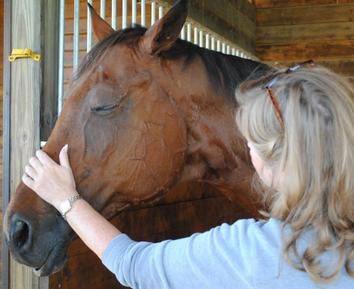 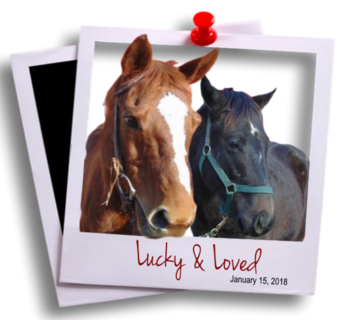 ​It takes an army of advocates, a ton of money, and a super organized team on the frontlines to save the life of a horse caught in the clutches of the slaughter pipeline.

In 2018, Unbridled redeemed the lives of 25 Thoroughbreds fated for slaughter.  In 2019, we took in eight Thoroughbreds from a local neglect case, and two senior mares  from Kill Pens. We assisted several horses who were surrendered or donated by their owners, and coordinated foster homes and soft landings for countless horses across the United States. Our advocacy, outreach, and social media networking  saves lives. The  Thoroughbreds on this page are a few of the lucky ones. 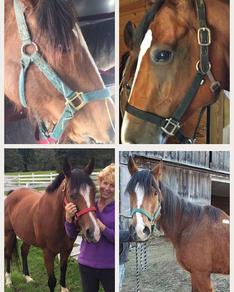 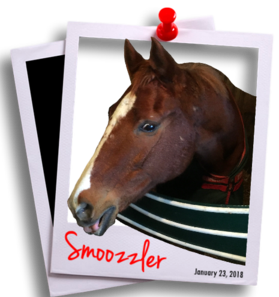 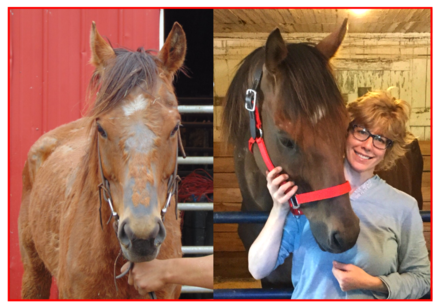 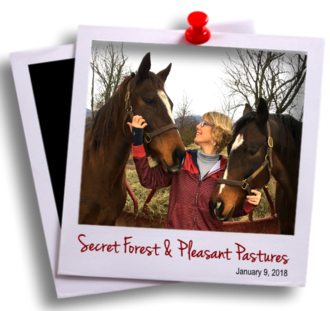 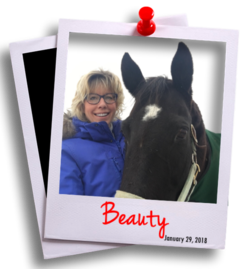 COMETTE DE FLEUR is an elegant 21-year-old New York Bred who was raced, amished, and tossed for slaughter. Thanks to the kindness and generosity of our dear friend Sue Bishop, "FLEUR" was redeemed from the Kill Pen on November 28, 2017. Today, she frolics far from harm in a meadow amid her girlfriends and BB as a beloved member of the Unbridled Sanctuary Herd.

MI ARTIC was bred, born, raced, and dumped for slaughter in Oklahoma. Right up until she was abandoned in the Kill Pen she had been used a racetrack "Pony Horse".  Thanks to the generosity of Cheryl Dewland, and an awesome Team of  boots-on-the-ground rescuers in Oklahoma, this fine Thoroughbred mare was saved from suffering a violent death in a Mexican slaughterhouse.  At 16, she now lives at her forever home with Sherry Sons  in Missouri.