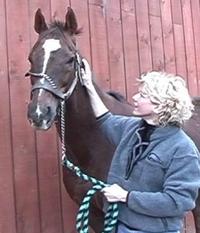 UTF was formed in 2004 with the goal of providing safe houses to retiring and injured racehorses who required extra time to be restored to wholeness in preparation for a productive life beyond the track.

In the same year, Sanford Goldfarb, a leading thoroughbred owner, initially funded UTF upon the retirement of his 11-year-old Stalwart Member, a notable NY-Bred who became the founding equine member of Unbridled.